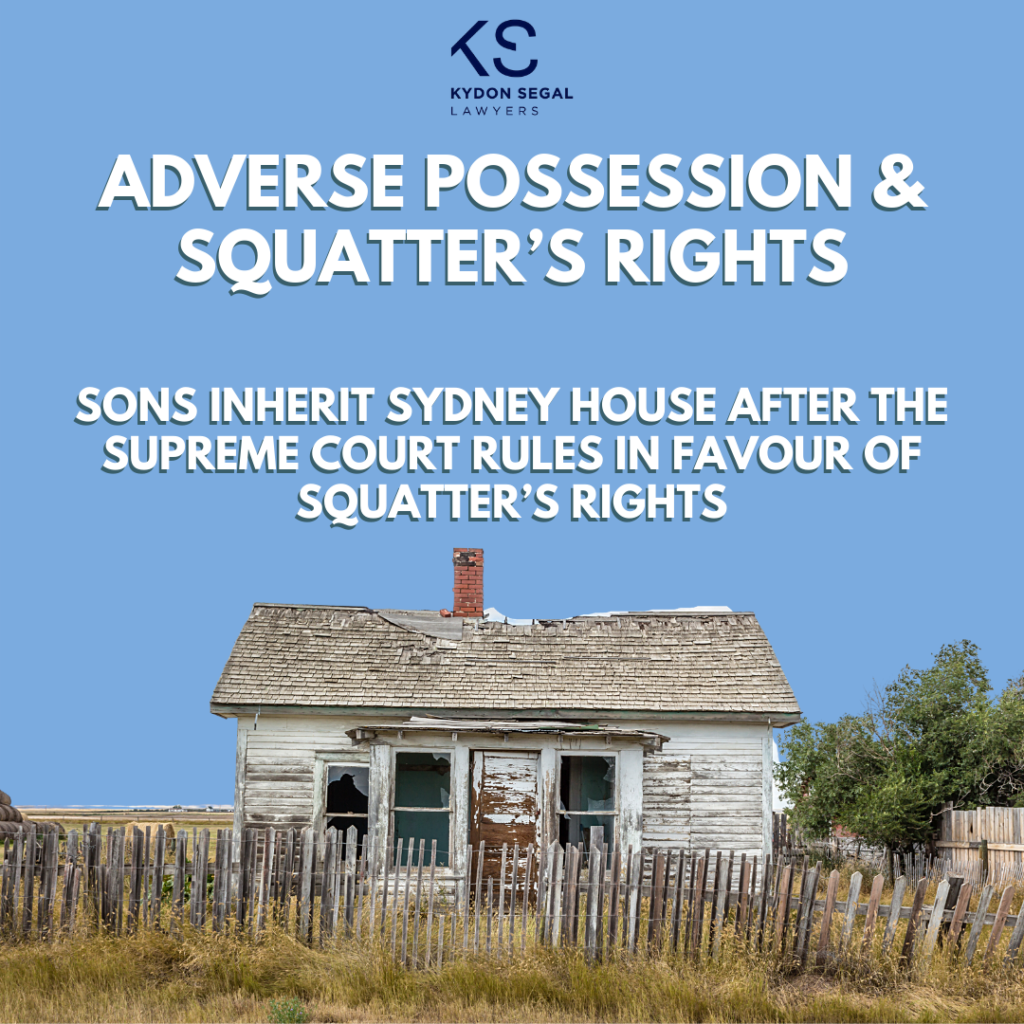 The Supreme Court of NSW has ruled that two sons will inherit a Sydney house and a vacant block of land near Nowra after their mother assumed control over the land under squatters’ rights.

The woman first assumed control over the properties after the original owner died in or around 1969. There was no will and no one attempted to claim the property as part of the original owner’s estate. The woman, a mother of two, paid rates and rented out the Sydney property however she did not make a claim under adverse possession to become the legal owner of the land before she died.

In 1988, one of the woman’s sons moved into the Sydney property with his wife however the mother was recorded as the person responsible for the property. The couple also looked after the block of land near Nowra.

Adverse possession highlights the problems that could arise for property owners if their land is unoccupied or abandoned. Squatting has become increasingly popular and although adverse possession claims are hard to prove, this will not stop potential squatters from making a claim to become the legal owner of a property.